Face to face with… Luca Baio 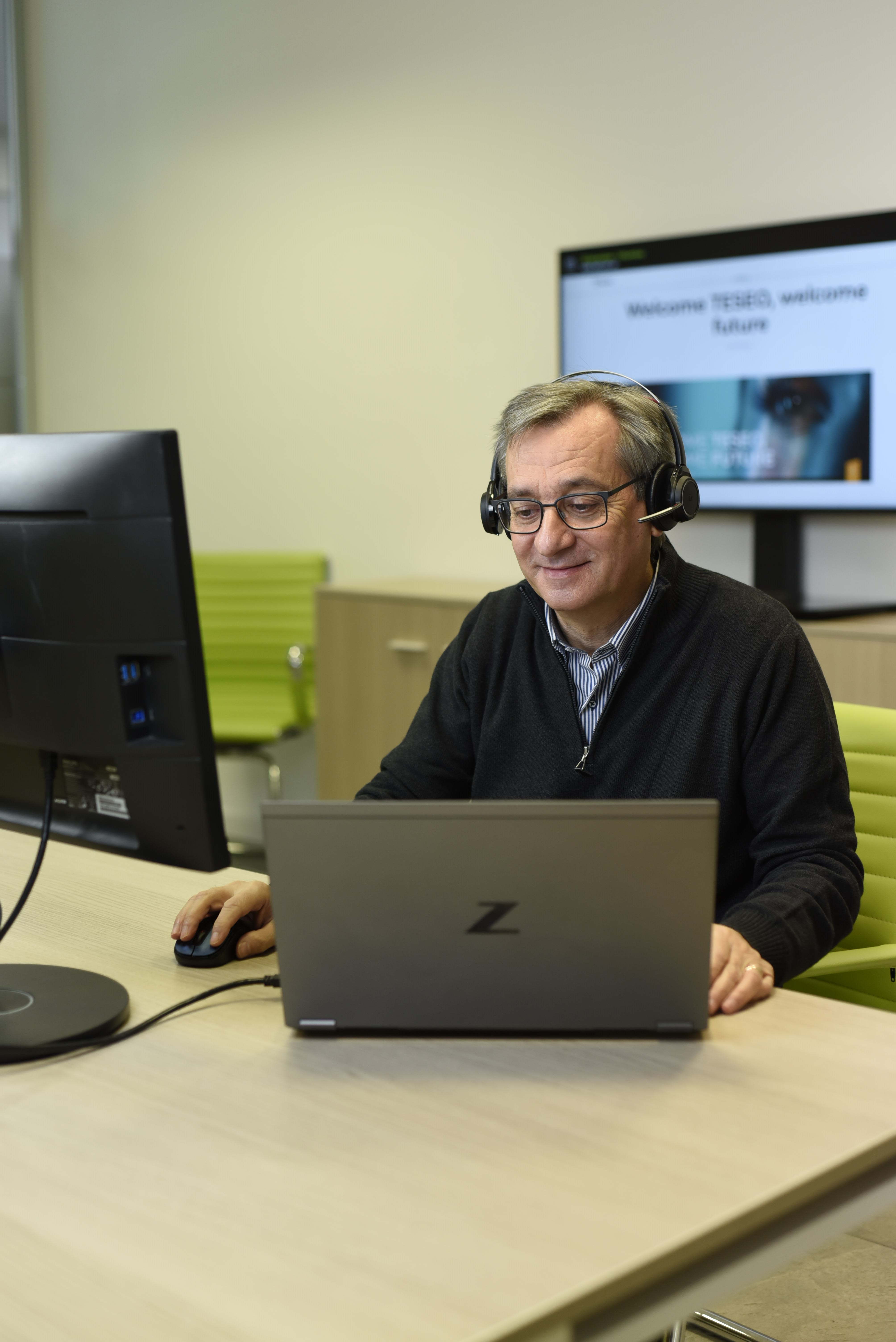 Never give up, because when you think it's all over, is the moment where everything starts. - Jim Morrison

I am a Core Architect and Mentor in the “Core” software development Team.

What was your career path?

After graduating at the technical institute for electronics technicians, the desire to deepen my knowledge about computer science led me to attend the Polytechnic university in Milan, where I graduated with an electronics engineering degree with a specialization in computer science.

You have been working at Digitec for several years, what has mainly changed in the company?

When I started collaborating with Digitec immediately after my degree, the company had three divisions: automation, security and medical radiology. Each of them was managed by one of the founding partners. The number of coworkers, including employees and consultants, was about ten. The developers of each division reported directly to one of the owners.

Today, Digitec is a company with 50 coworkers and it focuses its main activity in the medical radiology sector. Its internal organization has evolved according to the context in which it works and it includes different units, each of which has its leader. Compared to the past, the focus is now put on a working method based on cooperation and sharing, less on individualism.

What has instead been kept of the “historic” Digitec?

The constant pursuit of technological innovation and, undoubtedly, the focus on and the respect for every individual, along with a strong sense of ethics.

What is your working accomplishment at Digitec which gave you the greatest satisfaction?

During the first years when I started cooperating with the medical radiology division, the devices that were manufactured were based on embedded hardware platforms where the image capture and processing part was entirely performed by dedicated chips.

The project which confirmed the phasing-out of this architecture by replacing it with the use of personal computers made it possible to use new technologies and, for the first time at Digitec, the programming language C++ and the Microsoft MFC graphic libraries were used. It was an exciting project, also because this system is the parent of all Digitec’s PC-based projects, where the image capture and processing are entirely performed via software.

What do you appreciate about your job at Digitec?

I really appreciate the friendly atmosphere that makes it possible to have quiet relationships with colleagues and managers.

A second factor that I appreciate and I deem very important is the possibility of a constant professional growth.

What advice would you give to those who are about to become part of the Digitec Team?

Immediately after graduating in 1993, I started working at Digitec as a software developer. I made my first experience in the automation sector and then moved to medical radiology. In this field, after completing some projects on embedded platforms, I was one of the developers of the migration to the PC-based platform of all Digitec’s medical products.

I am married with Cristina and I have two children, Matteo and Martina. In my free time I love to play tennis with my children and I like travelling with all my family whenever I can.